One of the foremost accountancy firms in Clare, the well established Curtin O’Friel & Co. has added an international stamp of approval (recognition) to its practice by becoming just one of four Irish firms admitted as a member of Kudos International Network.

Set up in November 2012, Kudos International Network is an international network of accounting and auditing firms based in a variety of countries around the world.

Established by Michael Scott and Alun Morgan who are directors of PCP, a leading international consultancy and publishing company, Kudos targets small and medium sized firms who prioritise the importance of quality control in their accountancy practice.

Just four firms in Ireland are currently members of the network – Curtin & O’Friel in Ennis are joined by Asple & Co in Wexford, Moriarty and Murphy in Killarney and Crowe McLoughlin in Carndonagh. 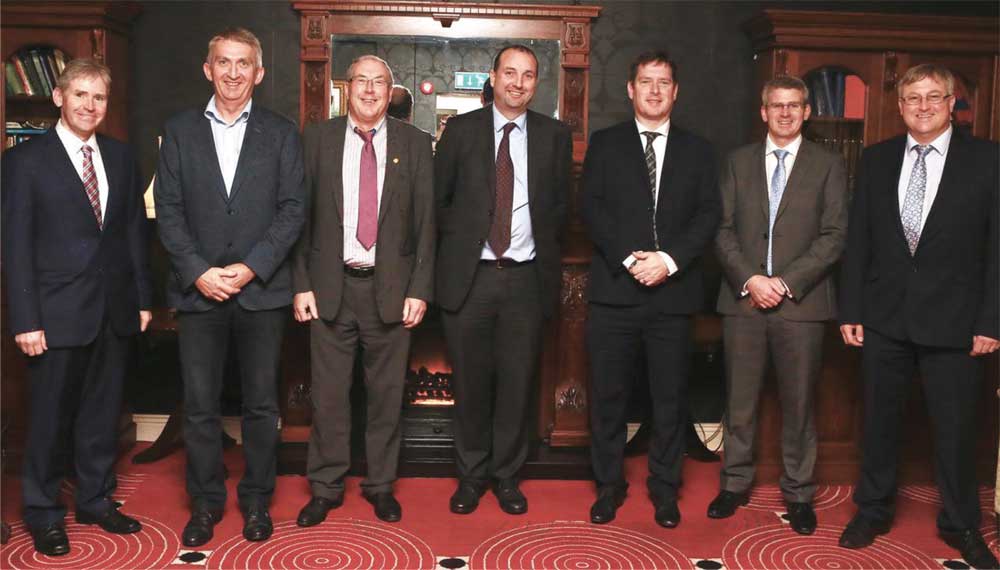 The first Regional meeting of the network for members in Ireland was held recently at The Temple Gate Hotel in Ennis. Representatives from all four Irish firms attended the event which was hosted by Michael Curtin and Damian Barrow from Curtin O’Friel & Co.

Managing Partner, Michael Curtin reflected on the event. “We were delighted to welcome all other Kudos firms from Ireland at this inaugural event. It provided a perfect opportunity to share ideas and look at ways of adding value to our clients and helped us showcase the local area and its potential”.

The  meeting was attended by Michael Scott and it provided the Kudos founder with the opportunity to meet solely with their member firms in Ireland.

“We looked at ways of enhancing their profiles and the range of services they provide to their clients. The meeting was a great success and will be continued on an annual basis in future, “ he added.

Curtin O’ Friel & Co accountancy practice was established in 1979 and while the head office is located in Harmony House in Ennis, the company has a satellite office in Kilrush.